“BOSS (Bharat Operating System Solutions) GNU/Linux distribution developed by C-DAC (Centre for Development of Advanced Computing) derived from Debian for enhancing the use of Free/ Open Source Software throughout India.The Beta Release of BOSS GNU/Linux Version 5.0 is coupled with GNOME Desktop Environment with wide Indian language support & packages, relevant for use in the Government domain. This release aims more at the security part and comes with an easy to use application to harden your Desktop. Currently BOSS GNU/Linux Desktop is available in all the Official Indian Languages such as Assamese, Bengali, Gujarati, Hindi, Kannada, Malayalam, Marathi, Oriya, Punjabi, Sanskrit, Tamil, Telugu, Bodo, Urdu, Kashmiri, Maithili, Konkani, Manipuri which will enable the mainly non-English literate users in the country.”

I’ve copied above contents from BOSS Linux site. In this blog I’ve shared the screenshots of installation which exactly resembles typical Debian OS install. My base OS is Debian 8 🙂 I’ve tried BOSS on Oracle Virtualbox.

I’ve downloaded the ISO image of BOSS Linux v.6 from this link

Below screenshot shows the Oracle Virtualbox console. I’ve clicked on “New” and named the Virtual Machine (VM) as BossLinux, Type as Linux and Version as Other Linux(64 bit) 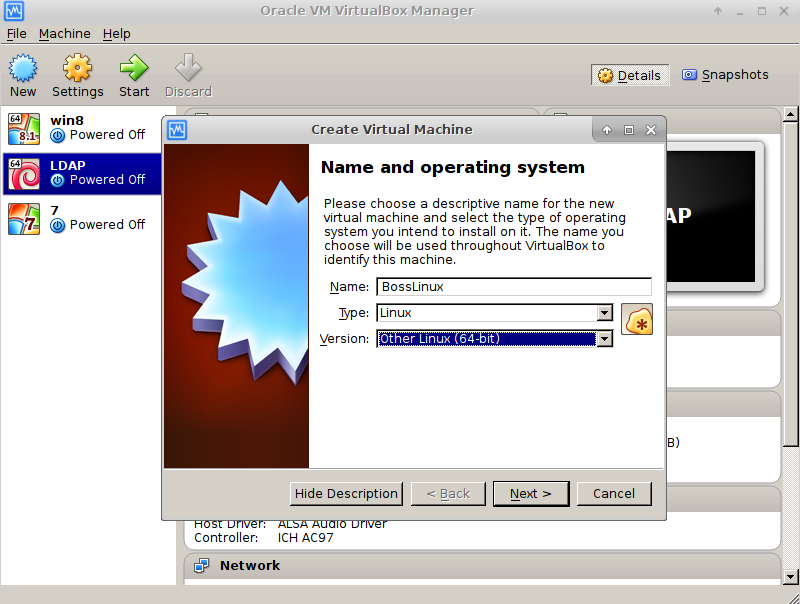 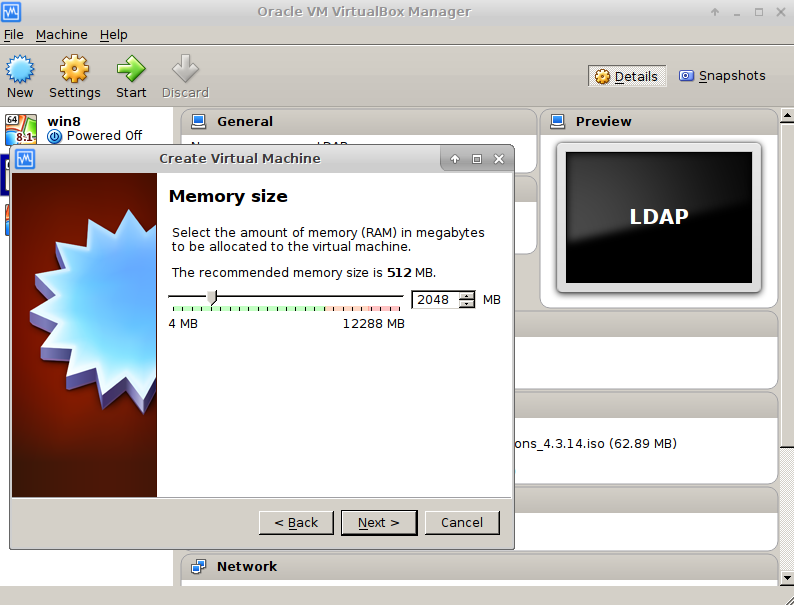 Creating a Hard Disk File: I’ve selected as VDI which is a default option in Virtualbox. We can also use VMDK to make compatible with VMWare Workstation or Server

I’ve created HD file with the name as ‘BossLinux’ having size 8 GB. I know thats too small but sufficient enough for testing

After following the wizard, BossLinux VM is created. I’ve selected the path of BossLinux ISO downloaded from the above mentioned link and mounted it. 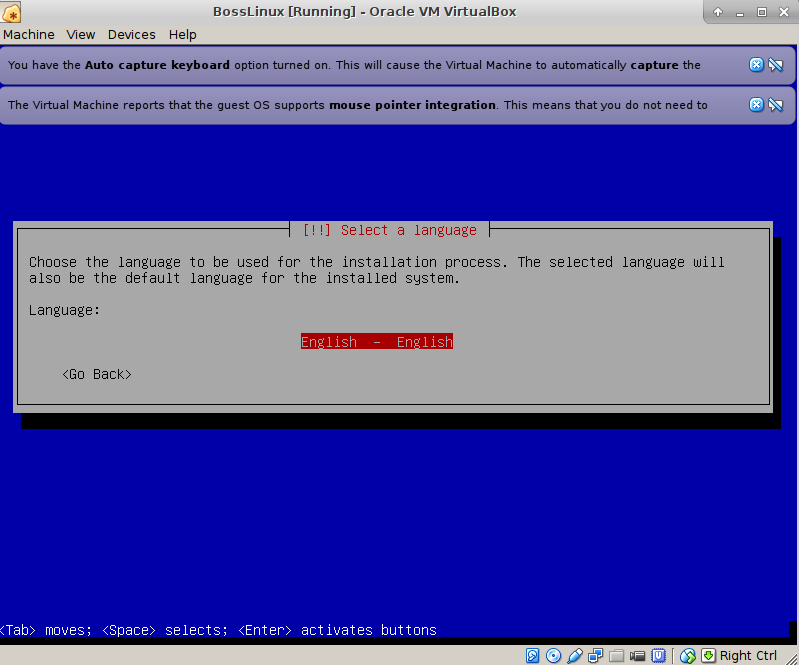 Given host name as ‘boss’ and default values are selected through out rest of  installation steps of partitioning the disk. After disk partitioning, installation of system started and completed successfully. 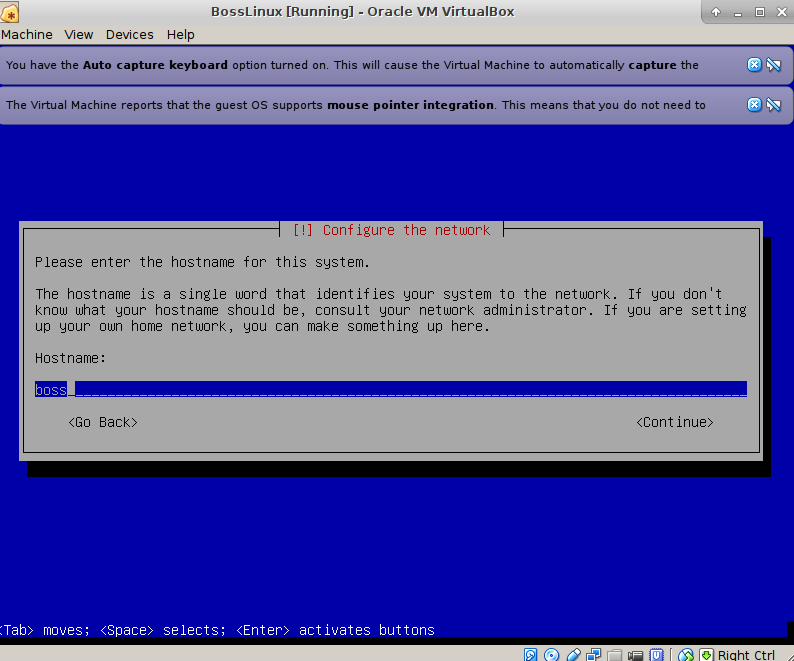 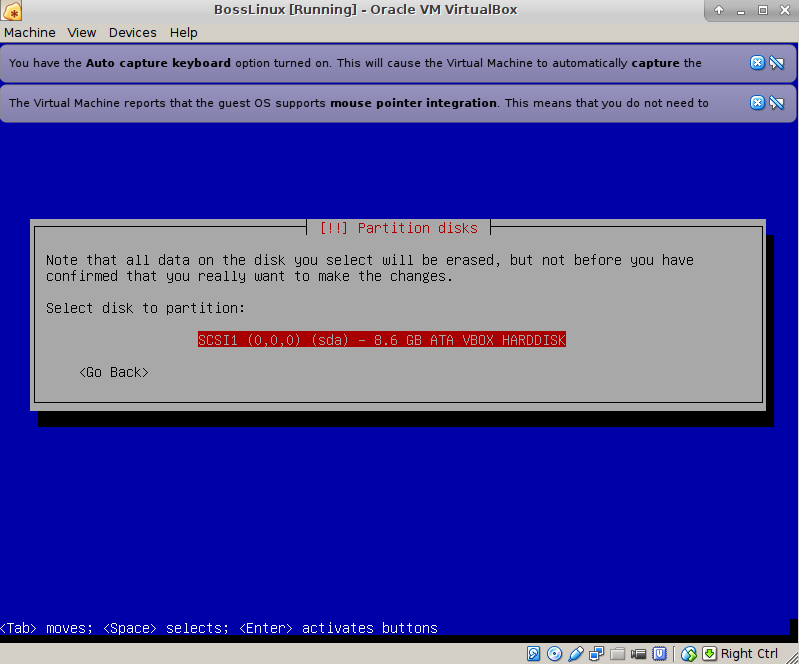 Login Screen looks stunning!! BTW BOSS Linux logo or moscot is very similar to Apple MAC… may be I could be wrong 🙂

Desktop looks awesome, well placed BOSS banner. A typical GNOME desktop with nice wallpaper! As we can see Network Manager and PulseAudio are already installed as part of OS installation. 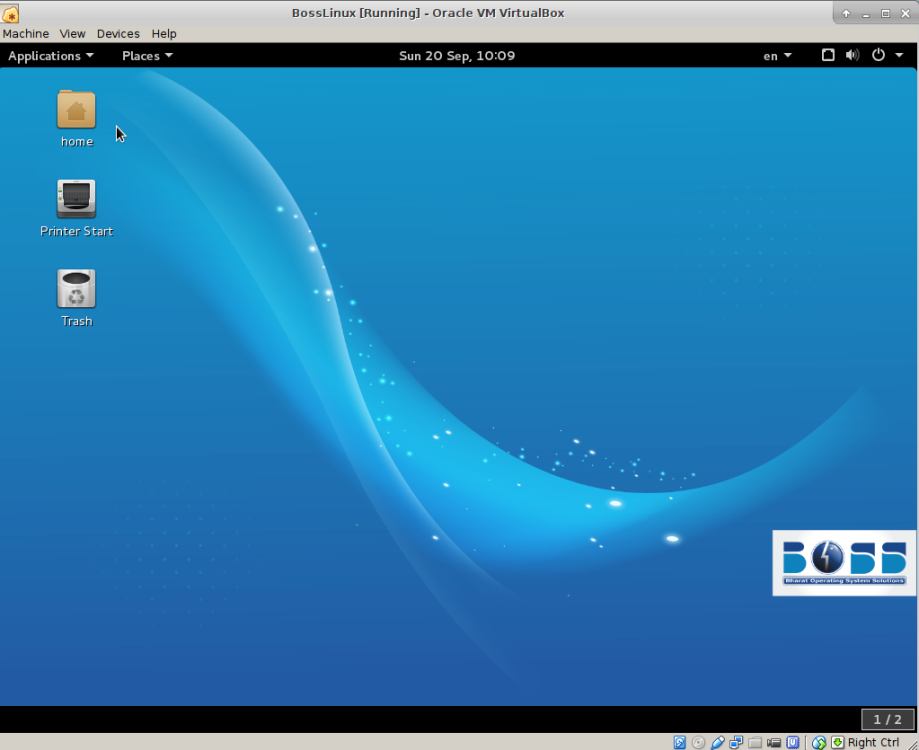 Most of the packages installed are generally available in other distros expect for the two packages ‘Boss Bulk Document Converter’ and ‘Boss Presentation Tool’ which are included as part of office suite apps.

As mentioned in the beginning of the blog, Indian language packs are pre-installed and ready to use. Below screenshot shows a document with Kannada  along with a simple to use / refer on-screen keyboard ‘EazyKeyboard’. Similarly other languages are also available

OS updates are already available and free… If you’re familiar with Debian based distros, then the same steps are followed.

A dedicated mirror/servers are available to download security and app updates.

These are things which I noticed / explored so far alongside working on office stuff, weekend shopping and baby sitting…

I hope this could come in handy while you use / refer this blog for exploring this Indian made OS derived from Debian OS. Thanks for reading and follow my blog for regular updates.

Ever wonder how to throttle bandwidth utilization without having dependency on proxy servers etc… Here is the simplest solution to control bandwidth on the Linux platform.

If you’re on Debian based Linux platform install the below package and set the bandwidth on the interfaces.

Goto terminal and run the below command

Those who are still using Window$, I’ve pity on you… You need to pay and install OS, exe’s and end up installing anti-virus SW to avoid issues with viruses, malware etc… Switch to Linux and have a trouble free compute platform.

Below command can be used to install JRE on Debian / Ubuntu like Linux systems.

After installation of above package along with its dependencies, we can access the respective Java based GUI tools from Debian / Ubuntu Linux. We can use respective package management software to install the same package on Redhat/ Fedora/ CentOS/Suse etc… This enables storage admin like me to use the respective management suite from my favorite OS.